In addition to emerging as a producer in the wine world, Japan has been taking a more holistic approach since it came on the scene. Japan believes in not simply drinking and making wine, but educating its people about wine and getting involved on a global scale. Enter the Japan Wine Challenge in 1997, one of Asia’s most recognized competitions.

The Japan Wine Challenge (JWC) was started to introduce Japanese grape wine to the international wine community. It has developed into a serious competition through relationships with major players in the wine world and a competition many other countries join.

The annual competition sees wines from around the world tasted by a panel of judges from Japan and around the world. The standard gold, silver and bronze awards are given in a variety of categories along with trophy prizes going to the best wines in categories. Wines that do not necessarily win but are considered worthy are given a “seal of approval” showing that they were enjoyed at the challenge.

The challenge is growing with 2013’s competition seeing 1,400 wines entered into competition.

Because of the manner in which awards are given, it’s not an every man for himself type of contest. Instead, a particular importer working with wines that rank amongst the best can be recognized, thus opening the door for relationships to build.

JWC winners rely on each other to gain notoriety. If a particular winemaker sees several of its wines placing well, it will be in the running for an award as a winemaker, thus bringing significant credibility. The JWC’s unique way of awarding and of involving many people in the process has enabled the growth of important relationships. Winemakers have seen their Japan-designated lots sell much more quickly than planned after placing in the contest. Similarly, importers have approached wines in need of their services. The competition brings all of the wine community together to develop the country’s standing in the wine world.

JWC is held in July with awards presented in January of the next calendar year. Winners for the past two years match global trends for favored wines with France, Chile, and Italy taking most of the high level awards. Of note, 2013 was a great year from Australia who seems to come in and out of wine news. Other trends worth watching a rise in USA gold medals from 1 in 2013 to 4 in 2014 and Japan increasing in one trophy (which requires a good showing by multiple products from the country) in 2014.

The official site includes messages from previous winners, which is the most telling part of the site. From slick press releases showing people used to winning to what appear to be ecstatic emails, the range of messages shows the appeal of a competition that is not afraid to embrace wine truly from around the globe and it does so at a reasonable price – one that is accessible to anyone with enough money to produce wine.

The future of JWC is sure to be a bright one with many winemakers eager to be involved. With credible names in the wine world attached to it, a history of developing business and relationships for wine and a pulse on what is truly working in wine, this is a competition to watch. 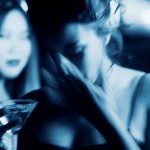 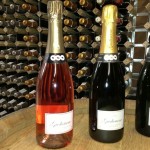