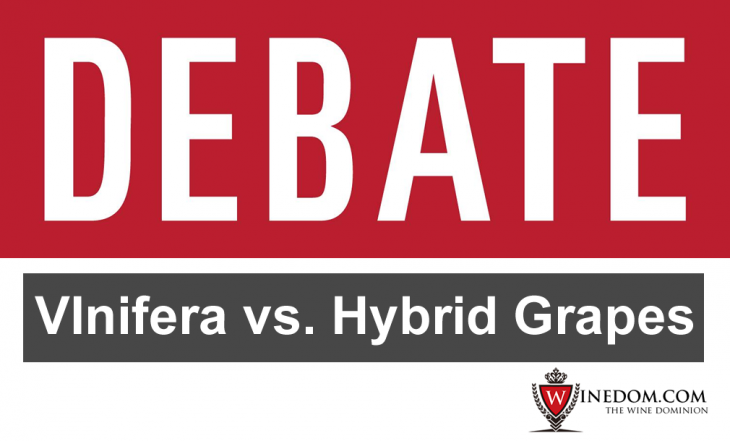 Chances are if you’re drinking wine from South America, Europe, Australia or California you’re having a Chardonnay or a Riesling. A Merlot or Pinot Noir or Malbec. But what about other parts of the world? Parts that don’t have climates conducive to grapes and yet produce wine? What’s that all about?

In winemaking, in addition to the two types of grapes we’re used to, red and white, there are also two others: Vitis vinifera and hybrid. And these grapes are a favorite topic to debate by wine lovers off all kinds. In this post we’ll break them down so that you can understand and evaluate for yourself which side of the debate you’re on.

Vitis vinifera (sometimes v. vinifera) is the latin name for the grapes traditionally used in wine. Originally wild, they were eventually cultivated and used to make wine throughout the world. These are the grapes used in wine making and from which wines get their names. Grapes like Pinot Noir, Reisling, Syrah, Lambrusco – all of these are v. vinifera. Over the centuries, these vines have been carefully cultivated to keep the characteristics that give the varietals their unique flavors, textures, and aromas. Each variety of vinifera has qualities that make it thrive in some places and not do as well in others. For example, thin skinned grapes are very sensitivity to both cold and sun exposure. Soil type, climate, sun exposure, and temperature all play a role in how grapes do in a particular area. 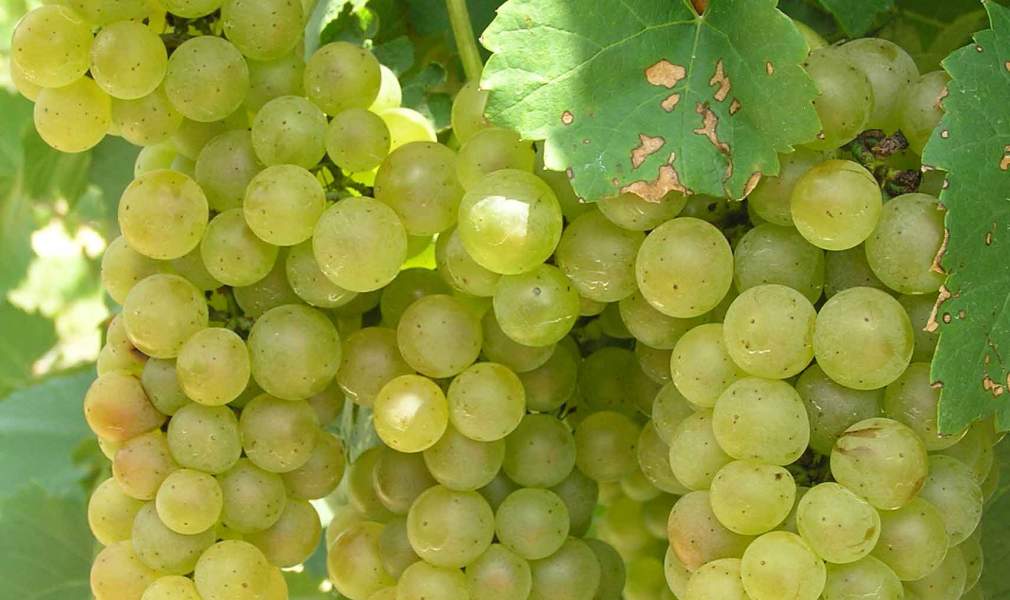 While v. vinifera are the original grapes found in Eurasia and cultivated for centuries, other places grow and produce wine. California, for example, produces some of the most award winning wines in the world. This is because growers recognized what could be grown in that climate and the particular soil types. But what about areas like New York State? In addition to lots of Riesling being grown in western central New York State there are also many hybrids. So what is a hybrid grape? Some weird science experiment?

Hybrid grapes are grapes that are created by cross pollinating two or more vitis varieties. Why? There are a few reasons why hybrids are created and used:

Pest resistance. Some species of grapes are susceptible to pests. Most notably vitis riparia, which is a native grape to North America, is resistant to phylloxera. This is the pest that nearly wiped grapes out of existence during The French Wine Blight. These little insects are related to aphids, which many people experience on their basil plants, and live on sap. The phylloxera resistant quality of these North American grapes is a quality winemakers cannot get in v. vinifera.

Cold hardy. Many climates once considered too cold to grow grapes are now producing wines that deserve attention. Places like The Pacific Northwest, The Finger Lakes, Canada, Michigan, and Vermont – all wetter, colder locales – are showing up on the map, taking awards and bringing their wines to the forefront of wine culture. Hybrids can take wild cold hardy grapes and cross them with vinifera to get the aromatics and flavor of traditional grape varieties and the durability of the other type of grape.

Are Hybrid Grapes Created In A Lab?

In the United States, hybrid grapes are studied and produced in various places, the two most noted being Cornell University in Ithaca, New York and The University of Minnesota. But that doesn’t mean that these are any less “grapes” than any other. Scientists study the genealogy, flavor and aromatic qualities, preferred climate, yield, and other aspects of the grapes to decide which to breed in order to create a hybrid that will produce wine while being able to handle different environmental factors. These schools have growing areas – the grapes are not created in petri dishes and test tubes.

Hybrids vs. Crosses vs. Blends

Many people use the terms hybrid, cross, and blend interchangeably however they are three different things. Before things get too confusing…

The wine world is full of vibrant personalities. Just watch a wine lover taste a wine – the way they get their nose in the glass, swirl with gusto and spend what seems like an eternity chewing on a wine only to spit it out and talk about it for another eternity. Wine comes with passion and one of the most passionate debates in the wine world is that of vinifera vs. hybrids. While the refined experts of the wine world are probably never going to come to blows on an issue, if they ever do, our bet is it will be on this issue.

The most vocal side of this debate believes that the only wines worth producing and drinking are those that are made from vinifera. No hybrids are acceptable to them. Ever. While they may throw a bone to one to say that it’s “okay” or “a good effort”, it’s said in the same way they offhandedly praise Canadian wine. Or Pennsylvanian wine. The other side of the debate is the cult of hybrids. These wine lovers embrace the wonders of science and appreciate that while vinifera is the original, hybrids open up other areas of the world for grapes and allow for things like hardier grapes with good yields and all of the same aroma and flavor as their European counterparts. Please don’t tell group one we called them their counterparts!

And The Winner Is…

As with most debates, each side makes good points. And each side has reasons that work really well for them. Vinifera is the original. Grapes in certain wines have impressive parentage and can be traced back for decades. There is something to be said about a vineyard with old vines and family methods passed down through the generations and many of us are first exposed to wine that is made from vinifera. On the other side, while vinyl is cool and some of us treasure our vinyl collections, chances are we also have and use an ipod or even our phone for digital music on the go. This is not to say that vinifera is outdated or ever going away – it’s not and it shouldn’t, but there are inventions and advancements in the music world we’ve embraced and many are doing the same with grapes and wine. If a wine similar to a beloved varietal can be produced using a hybrid many think, “why not?”. Localvores also often appreciate hybrids because they have lower impact because wine can be made in far more regions thanks to hybrids.

At Winedom we believe there is a place at the table for both traditional vinifera and hybrid grape wines because we believe that wine is a cultural, social experience that can be enjoyed by everyone. At the end of the day, the key thing is to select and drink wines that you like. Whether that’s a 1963 Grand Cru or a Vidal Blanc. Or Baco Noir.

Some Interesting Facts About The Vinifera vs. Hybrid Debate

The next time you want to have some fun around wine drinkers of either ilk, feel free to toss out some of these interesting facts that will allow you to argue either, or both, sides:

The EU strongly discourages the use of, and sometimes bans, the use of hybrid grapes in quality wines. In North America, however, many favorite wines are hybrids especially in Canada, New York, Missouri, and other less than ideal grape growing areas.

It was a Frenchman who made the uber popular Vidal Blanc hybrid. The French are pretty much THE authority on wine. At least according to traditionalists. The natural pest resistance of many non-viniferavarieties means chemical pesticides are not needed when growing hybrids. This is a far greener option protecting the air, water, soil and workers from the dangerous chemicals used in pesticides. Pesticides are highly toxic and require those working with them to wear special protective gear – a point many make is that they do not want those same chemicals, no matter how diluted, in their soil, water, or air.

At the end of the day the debate will rage on – and it’s part of the experience of wine culture. We recommend that you drink what you like, and always remain open to the many varietals, colors, regions, climates and cultural opportunities available to you. With all of the wine out there there’s no reason not to enjoy a steak with a deep, full-bodied red or a picnic with a sparkling white. And while you’re at it, try a local, hybrid wine, break some pairing rules, and say what it tastes like to you rather than what the bottle tells you.