In addition to emerging as a producer in the wine world, Japan has been taking a more holistic approach since it came on the scene. Japan believes in not simply drinking and making wine, but educating its people about wine and getting involved on a global scale. Enter the Japan Wine Challenge in 1997, one of Asia’s most recognized competitions.

The Japan Wine Challenge (JWC) was started to introduce Japanese grape wine to the international wine community. It has developed into a serious competition through relationships with major players in the wine world and a competition many other countries join.

The annual competition sees wines from around the world tasted by a panel of judges from Japan and around the world. The standard gold, silver and bronze awards are given in a variety of categories along with trophy prizes going to the best wines in categories. Wines that do not necessarily win but are considered worthy are given a “seal of approval” showing that they were enjoyed at the challenge.

The challenge is growing with 2013’s competition seeing 1,400 wines entered into competition.

END_OF_DOCUMENT_TOKEN_TO_BE_REPLACED 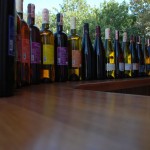 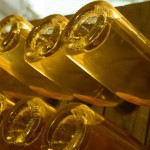