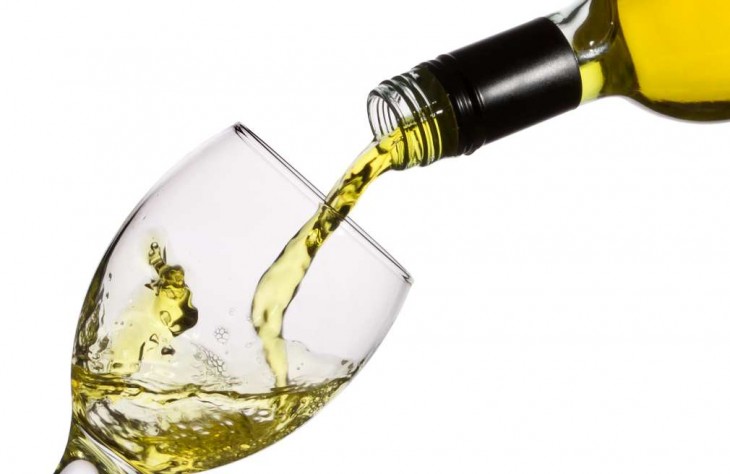 Wine is a sensory experience. From the heft of the bottle to the pop of the cork and glug of the pour. The way the wine’s color changes with depth and clings to the side of the glass. The notes in the aromatics adding to the tasting experience and the flavor and mouthfeel completing it. That’s all five senses engaged in the experience. Now, though, one company has added to the auditory experience with the help of a synaesthete, allowing all of us to hear wine in a new way.

Synesthesia is a neurological condition that causes overlapping sensations in a small percentage of the population. Where someone might see something, others will see and hear it. Certain ideas or words may have a taste or color. It is not called a disorder because it does not have a negative effect on those who experience it and, in fact, many who experience synesthesia use it to help with creative endeavors. It also helps those who experience it remember things better. The idea is that certain words or sounds invoke sensory experiences. For example, the harder consonants of P, D, K and T might come across to the synaesthete as green helping them remember names of places by recalling that it was green – it’s a built in mnemonic device.

How Does Saturday Smell?

The most common manifestations of synesthesia are graphemes and phonemes. Graphemes are visual connections between text and another sense, many times it’s a color. When reading, a synaesthete will see each letter as its color. Many synesthetes who blog include “their” alphabet as a page if they experience graphemes. Graphemes help synaesthetes do things like spell or remember phone numbers better because they don’t just rely on the letters or number but also can check that it matches the color pattern in their memory.

example of a synaesthete’s alphabet

Phonemes are another common manifestation for synaesthetes. This is when a sound invokes another sense, like a color or taste. Soft sounds might taste citrusy, while harder ones taste sweet. This can be difficult for a synaesthete if common words or sounds taste like something they don’t like. Many synaesthetes will avoid noisy places if sound invokes too much.

What Does This Have To Do With Wine?

Campo Viejo, a vineyard in the Rioja region of Spain, has developed a sensory campaign for London wine-lovers. The vineyard, which focuses on Tempranillo, also has a selection of other reds, whites and sparkling wines.

The company is hosting a multi-day festival in London’s South End that will include food, wine, music and more. At the center of attention when it comes to the festival is the soundscape – a partnership between synesthetic composer Nick Ryan and Campo Viejo. Ryan hears sounds when he tastes food and drink and because he is a composer, is able to translate eating and drinking into music. Festival guests will be able to drink Campo Viejo’s wines while listening to what Ryan hears when drinking the wine.

Part awareness, part art, and all fun – guests will be able to experience wine in a new way. And in a way they may never have thought. Did you know there were people who could hear what things taste like? If you’re not able to get to London for the fair, consider purchasing a bottle of the Campo Viejo wine and taking a taste while listening to what the wine sounds like to one synaesthete.

Are you a synaesthete? Do you know one? If you could pick the senses of yours that would be overlapped, what would they be?