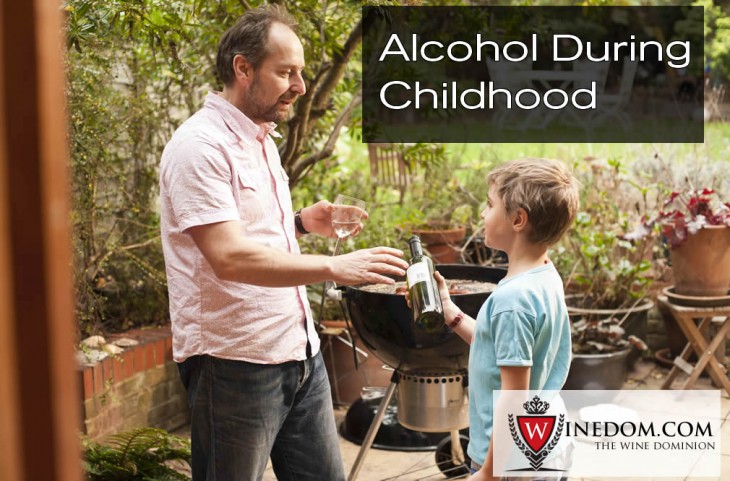 For years, parents and others have pointed to the “European Model” as a way to introduce children to alcohol in a responsible way that fosters a healthy view of alcohol, moderation and allows for communication. Research is calling the practice into question.

As Easter and Passover approach it’s not unlikely that parents at your holiday gathering will allow their kids a sip of wine. The Passover Seder often means a few sips of Manischewitz and easter can include a sip or two of mom’s wine. The idea is one full of good intentions: by introducing kids to alcohol at an early age they are supervised, it’s comfortable and fosters communication. Many parents feel the allowing of supervised sips destigmatizes alcohol, especially since most children hate the flavor, leading them to not drink at a young age. But, new research out of the United States and United Kingdom think the exact opposite might be true.

The research in the US, which took place in Rhode Island, showed that children who had been allowed sips of a supervising adult’s alcohol before they were eleven-years-old were five times more likely to have a full drink in their early teens. The same children are four times as likely to get drunk or binge drink than their peers who were not given alcohol. The UK study found that kids seeing their parents drink at home and get drunk make them more likely to have a drink by the age of thirteen.

Parents who have given their kids sips should not worry too much about condemning their children to a life of drink but should reconsider the practice and find a way to discuss why they will no longer allow sips of alcohol. And no matter how well a parent thinks they understand their child and believes that their child won’t drink, or thinks they’d rather their kid “only drink” rather than take other drugs, the risks associated with teens and drinking are high.

Alcohol is a powerful drug that impairs reaction time, inhibits decision-making abilities, and alters brain chemistry – things that are dangerous in children whose brains haven’t even finished forming. Statistics show that children who drink are more likely to be victims of violence, to get into motor vehicle accidents, and to have problems in school. While the European Method might be attractive to some as a way to promote healthy attitudes toward alcohol, many top health agencies are advising against the allowing of any ingestion of alcohol during childhood.

For tips on how to talk to your child about alcohol, talk to your family doctor or other health care professional or to a counselor at your child’s school.