Syrah? Shiraz? Here’s an easy way to understand and remember the difference with three rules.

Shiraz and Syrah are often used interchangeably when discussing wine and sometimes, late at night in a quiet bar, you might hear a debate over whether or not there is an actual difference. The easiest answer is: it depends. If you’re talking about grapes there is one answer, but when discussing wine there could be more.

Rule #1: They are the exact same grape

Both terms refer to the same grape, a dark-skinned red that is one of the most popular grapes in the winemaking world due to its ability to grow in many places. It produces the dry, strong reds that have been popular for years. If you are talking about wine grapes and someone uses Syrah or Shiraz, it’s the same grape. This grape is old, as determined by DNA testing, and is a blend of older grapes, some of which are now extinct. There are several origin myths placing the grape originally in Persia, modern day Iran, and the name Shiraz referring to the original location however testing of the grape’s genealogy proves that it is definitely native to France.

Rule #2: Shiraz is made using “new world” methods. They are fruit forward, low tannin and peppery.

Wines from Australia and the new world using this grape tend to be labeled as Shiraz. They are dry and rich, but with a much different flavor profile in that they are fruit forward, spicy rather than smokey, and made with very ripe fruit. They are very popular among newer wine drinkers and while considered less elegant than Syrah’s are growing in popularity in leaps and bounds. They allow drinkers who like a fruit to enjoy a wine that is not too sweet and provide spice without an overwhelming smokiness. Pepper and fruit generally pair better in a wine than fruit and smoke – the contradiction often confusing the palette and difficult to pair with cuisine.

Rule #3: Syrah is made using more traditional methods and are smoky, rich, earthy and tannic. The fruit flavor is subtle.

If it’s the same grape, why two names for the fruit itself and for the wines it produces? The differences are in flavor and region. Climate and process dictate the taste of wines and depending on the growing location and process used to produce wine, varied tasting profiles can be created. The grape is a versatile one. In France and Europe in general, you will hear the grape referred to as Syrah and also labeled as such. When purchasing, a wine labeled Syrah will likely be made using a more traditional style producing a smoky, rich red with a subtle fruit flavor that is earthy. No matter where the wine was produced, if you like an earthy, less fruity red, you’ll want to pick a Syrah over a Shiraz.

While the grapes are the same, there are definitely stylistic differences in wines labeled Syrah and Shiraz. As a rule of thumb, a richer, smoky, less fruity wine is found labeled as Syrah while a peppery, fruit forward wine will be labeled Shiraz. 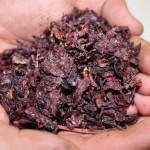 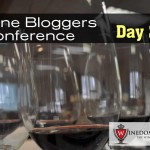