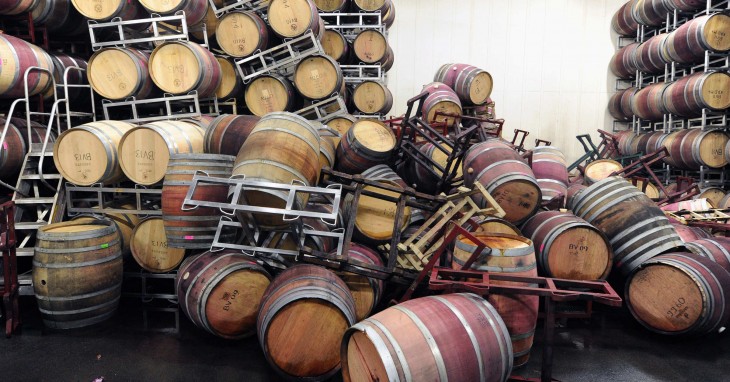 Earthquake Aftermath for WineMakers in California

Winemakers in the famous Napa Valley region of California recently awoke to a distressing scene, after an earthquake hit on Sunday, 24th of August, 2014. Thousands of bottles of wine, as well as full barrels, were found to be destroyed as a result of the natural disaster. This was not even the full extend of the damage.

It could not have happened at a more inconvenient time, as the 2014 crops were just starting to be harvested. 2014 had already proven to be a difficult year for Californian winemakers, as the region was going through one of its worst droughts for decades. This important harvest was put on hold, as winemakers and sellers in the area stopped their regular trade in order to clean, and assess damage from the quake. Damage to machinery is also a concern, as it could slow harvesting, creating even greater financial losses in the future. 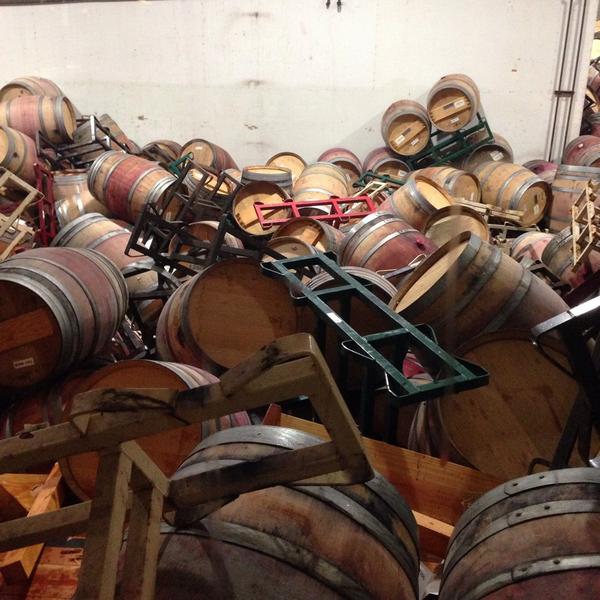 The centre of the earthquake was a mere six miles from Napa in California, the central winemaking area of the region. The 6.0 magnitude quake is reported to be the most powerful that has hit the area for 25 years, making the event seem even more unfortunate.

Losses in the area has been estimated at between $500 million and $4 billion; a clear sign that the region suffered some of the worst damage that the quake delivered. US Geological Survey officials have stated that the quake, which they have dubbed the South Napa Earthquake, moved the fault line two inches west, made easier by the sediments from the Napa Valley River. An official estimate is yet to be released for the losses to wineries in the area.

In Yountville, California, the Dahl Vineyards were able to save many of their barrels of wine. However, they also suffered losses, including a $16,000 barrel of pinot noir that was destroyed due to the earthquake. The owners of the vineyard used a forklift to try and salvage whatever was not already ruined.

Many winemakers have lost important stock, including some of their best wine. B.R. Cohn, a local winery affected by the destruction, first thought they had lost up to half of their bottles of wine, of which many were worth between $50 and $100 per bottle. They are still taking account for their losses, but it might not be as bad as first suspected. 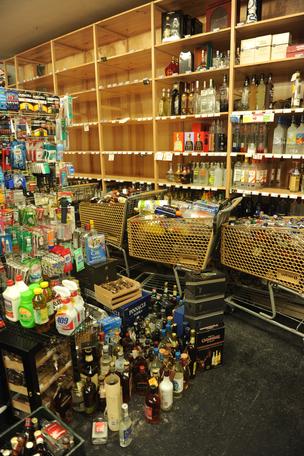 Even though B.R. Cohn winery suffered heavy losses, Dan Cohn stated that the damage looked worse than it actually was. After first walking into his storage warehouse in Napa, he realized that many of the barrels scattered around were actually empty. The winery still did not get off lightly, being in one of the worse damaged areas.

Throughout the region, the red of spilled wine was evident outside of warehouse entrances, indicating the extent of damages within. Even barrels of wine that were not harmed by the quake might prove to be ruined, as wine needs to be kept still while aging.

Moving away from the central point of the earthquake’s destruction, wineries reported less extreme damage. Some were relatively lucky, including the Silver Oak Winery in Oakville, which lost just three barrels of wine, as well as around two hundred bottles. This might seem excessive, but the wine that was lost was mostly for testing. Silver Oak did not report any losses of their commercial wine.

The Napa region is the most famous winemaking area in California. Although it produces a mere four percent of the area’s wine, what it does make can be compared with the best wines on the planet, and sold for according prices. The area is said to account for around one quarter of the income from wine for the entire USA.

There was little that could be done to remedy the damage. All winemakers could do was clean up their precious stock, and try to somehow deal with losses. Just days after the damage was done by the quake, some local wineries have managed to reopen. Others, however, are still struggling to put their businesses back together, and move on.

Some of the winemakers that have reported no damage include Cakebread Cellars, CADE, Clos du Val, Merryvale, Grgich Hills Estate, Plumbjack Winery, Peju, Stags’ Leap Winery, and Robert Modavi Winery. Many retail stores and restaurants are now open for business as usual, and are eagerly asking customers for their patronage.

While the wineries suffered untold losses, the damage was relatively localized. Bridges and roads were mostly left untouched by the quake, and reinforced, modern structures were generally able to withstand the force. This does little to ease the minds of winemakers who were at the epicentre of the quake, but at least trade will be able to continue, once they have put the pieces back together, and opened their doors for trade.

While the earthquake has rocked industry in California, there is no shortage of beginner wine-lovers in the world. Would you like to take part in the age-honored tradition of wine tasting?
Learn How to Find Your Favorite Wines Using These Basic Characteristics.